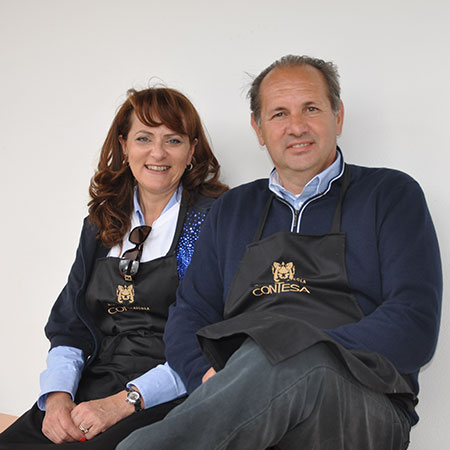 Rocco Pasetti's superbly sited 30 hectare estate lies in the heart of the Collecorvino district in the hills northwest of Pescara, recognised as one of the best vineyard zones in Abruzzo.

Surrounding the winery the south-facing slopes of clay-chalk soils, at around 250m altitude, are ideal for the cultivation of Montepulciano, with Pecorino grown on the lower slopes. The cellar was completed in 2004 - carved into the hillside. Rocco's son, Franco Pasetti, is also a winemaker and now works alongside him at the estate.

The Contesa wines are impeccably made expressions of Abruzzo's local grapes - modern and easy to drink, yet wines of real substance.