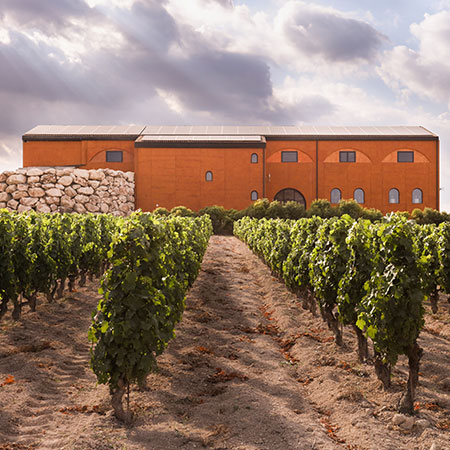 Located in Noto on Sicily’s south-eastern tip near the town of Avola, Feudo Maccari was acquired by Antonio Moretti Cuseri - who also owns the Tuscan Tenuta Sette Ponti estate - and his daughter Monica in 2000. This region has extremely fertile volcanic soils, as indicated by the abundant lemon and olive groves, carob trees and flowering almonds. In 2002, after extensive trials to find the most suitable whites for the region’s volcanic and limestone soils, 18 hectares of Grillo were planted. This was in addition to around 50ha of existing Alberello (bush training) plantings of Nero d’Avola and Syrah dating back to the early ‘80s. These varieties flourish here, producing a portfolio of elegant and well-structured wines.