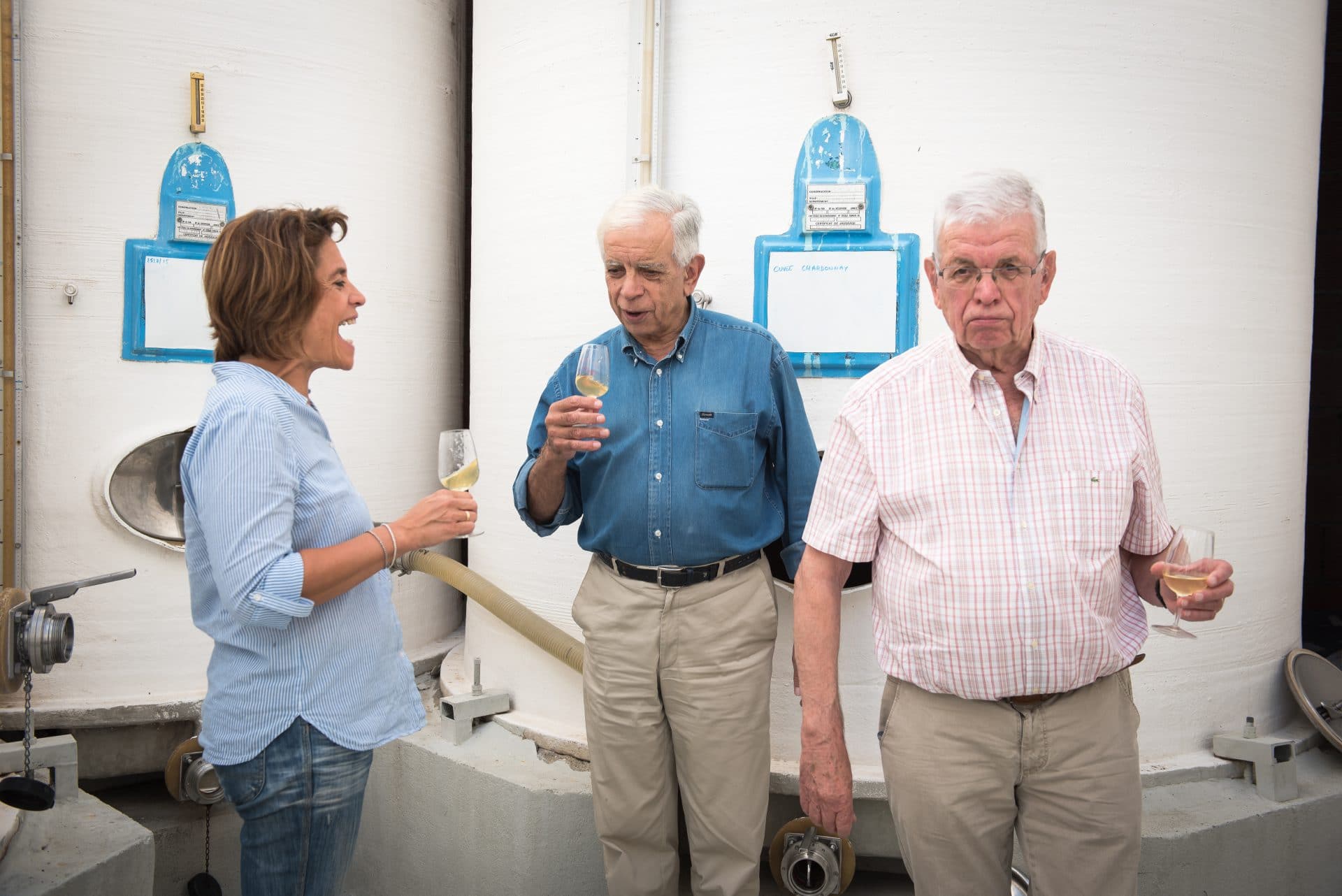 A family winery for six generations, in the late 19th century Zélie and Jules started the long history of a family’s passion for wine.The early 20th century saw the arrival of Eugénie. Dynamic, courageous and modern until she was 96, Eugénie lived through wars unbowed and ensured the winery’s long-term future survival.
In 1930 Edmond married Marguerite, Eugénie’s niece. It was a match made in heaven between two winemaking families, who gave Antech their name. Georges and Roger, their sons, were inseparable at the reins of the estate from a very early age. In the 1970s, they decided to only make sparkling wines.In 1996 Françoise, Georges’ bold, fiery daughter, arrives, carrying on the tradition and raising Antech to the ranks of the greatest sparkling wine makers.
Georges and Roger are inseparable to this day. The brothers get on with each other very well and haven’t had an argument in 50 years. Roger makes the wines, Georges sells them and together they decide on the company’s direction. They made the winery what it is today.